Article by Keio University Global Research Institute (KGRI)
This post is originally published on 【Interview】Professor Jun Murai “Just as I did 40 years ago, today I continue to muse upon how computers can help people” The father of the internet in Japan, the past 40 years, and the future to come 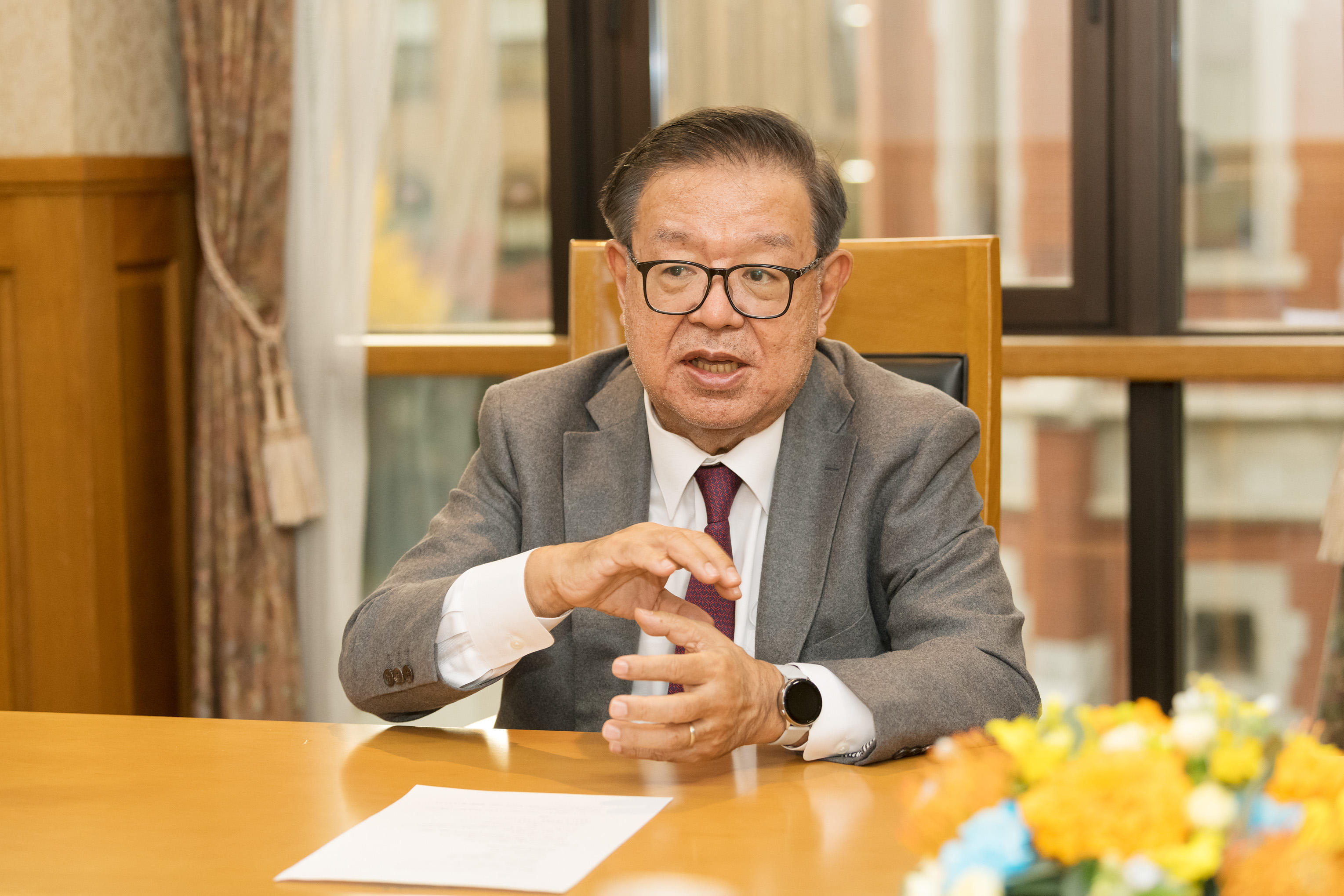 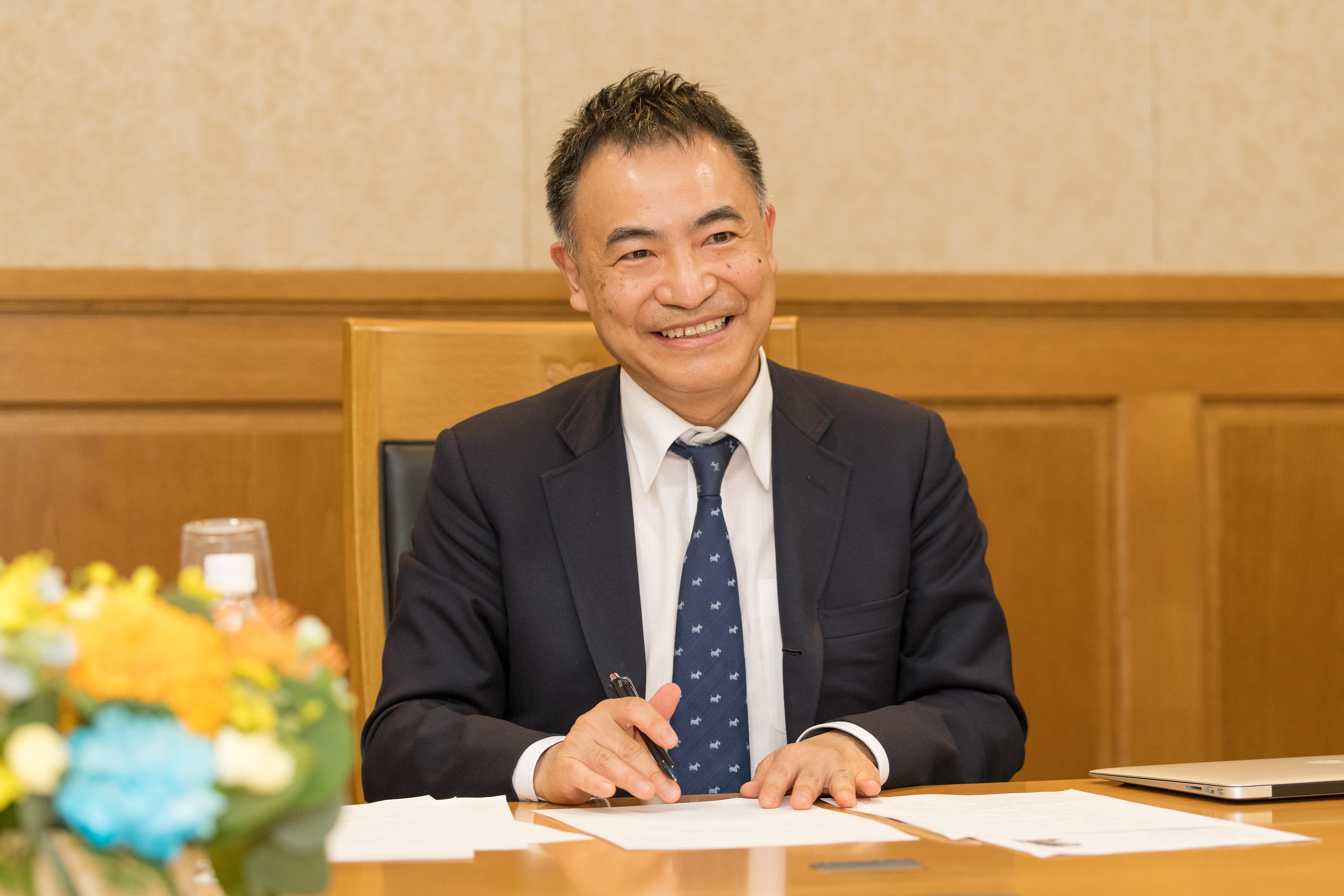 Professor Jun Murai of the Faculty of Environment and Information Studies has reached retirement age, and began a new phase of activity as an all-Keio distinguished professor from April 2020.

The 40 years which have passed since the internet’s appearance in Japan coincide with the 40 years of Professor Murai’s research career. Now, as internet culture is in the process of transforming, we asked about the future challenges awaiting us, while tracing the history and trajectories of both Professor Murai and the internet. 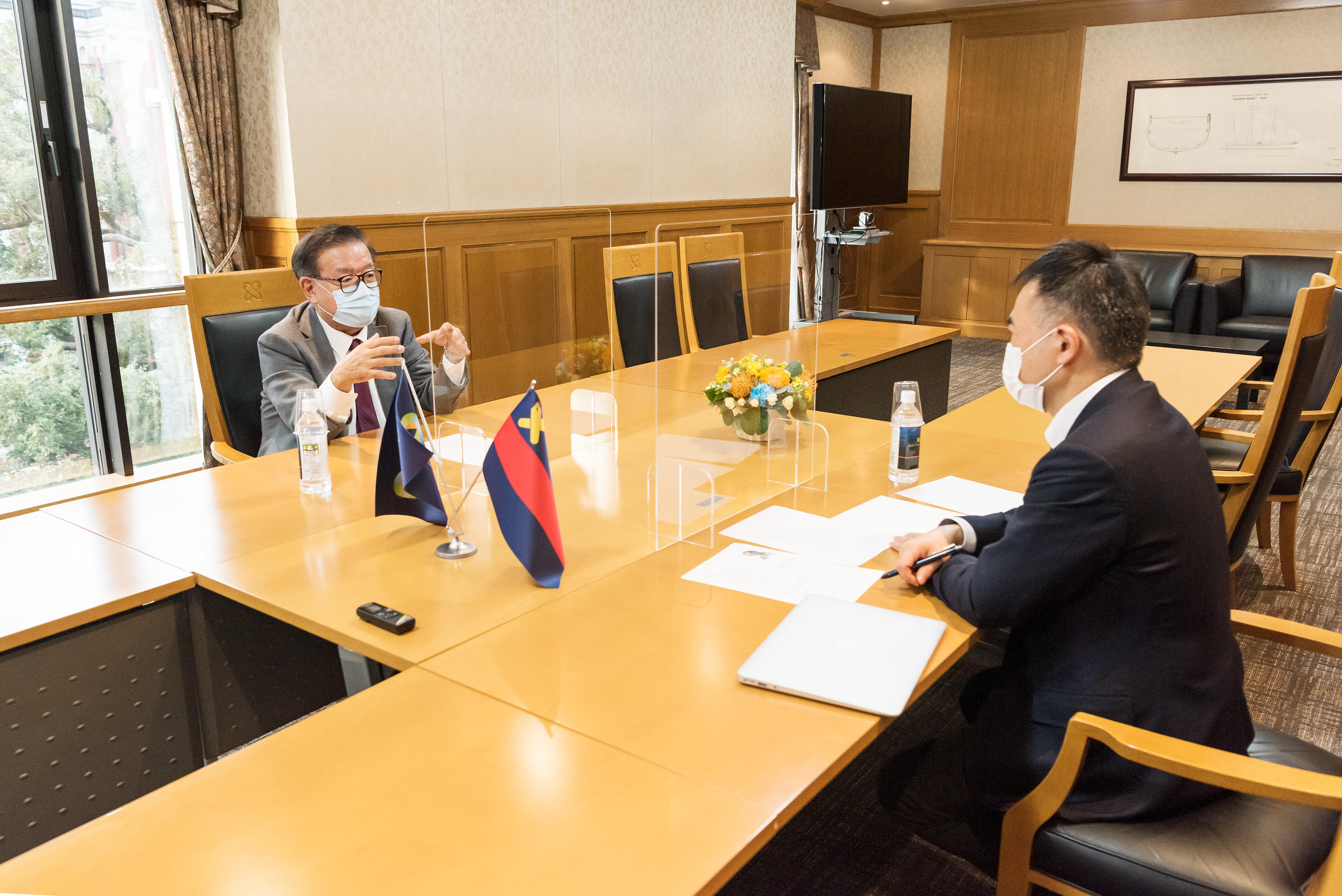 “My favorite reading material when I was a boy was Kodomo no Kagaku (“Science for Kids”) magazine. I was a ‘science boy,’ whose diversions might include making a radio, making amplifiers using vacuum tubes, learning about the mechanisms behind televisions and spacecraft, and so on,” reminisces Professor Murai on his childhood.

“That said, I detested computers. Computers first appeared when I was a high school student. However, the models at that time were ‘calculators’ used to complete calculations of physics and mathematical formulas. People would line up in front of them and have them perform calculations. Seeing this, I thought ‘It looks like these people are attending to the machines’ and ‘it’s not right that the machine is in a superior position.’ This was the source of my aversion,” he laughs.

The turning point for computer-hating Professor Murai came during his university days.

“I went on to study at the Department of Mathematics in the Faculty of Engineering, and this is where I learnt about the structure of computers from a professor who had been transferred from the Department of Administration Engineering. This particular model was from a company called Digital Equipment Corporation (DEC), and when I booted it up, I found that it was of no use in completing calculations. Rather, it was a mechanism for inputting commands, writing, drawing pictures, and so on.”

“I came to see the computer as engineering, and that is when I started to think ‘now this is interesting.'”

“40 years ago and today, nothing has changed”

This was an era in which the use of calculators and word processors had just infiltrated society. Professor Murai felt that “Computers are becoming a useful tool for people.”

“When I first encountered computers, it appeared to me that the computer was in the center with people crowded around it. It was perhaps because of this that I came to hold an image of people in the center surrounded by computers supporting them.”

“I believed that if this were to happen, it was imperative that the computers ‘hold hands’ to help people; in other words, that computers must be connected in a network”

“What I’m trying to do hasn’t changed whatsoever. My goal as a researcher is to have computers support people.” 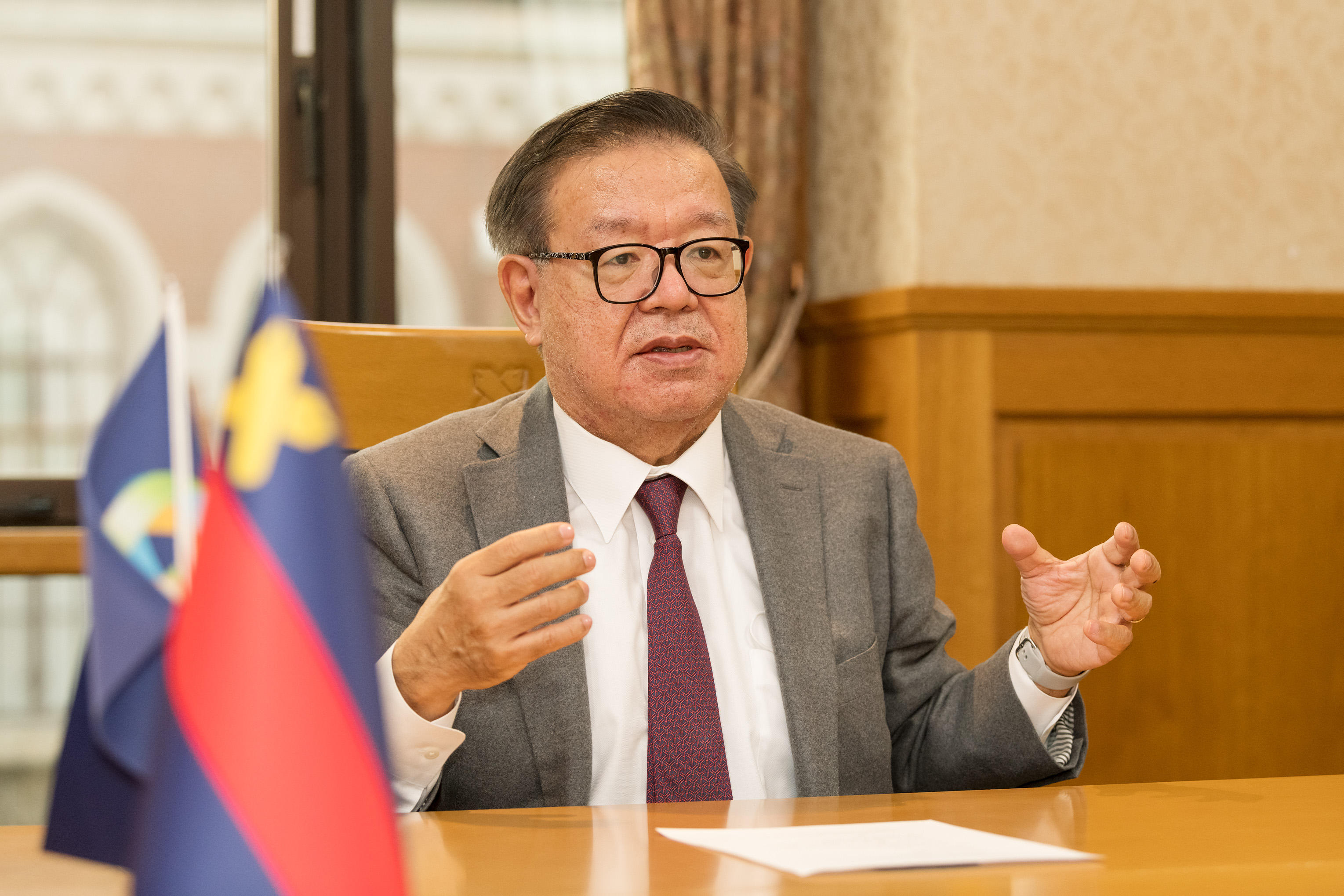 The advent of the internet

Connecting computers in a network — The achievement of which by Professor Murai, between computers at Keio University Tokyo Institute of Technology, is an event now referred to as the birth of the Internet in Japan. The year was 1984.
“This was achieved in what was supposed to be the exclusive domain of Nippon Telegraph and Telephone Corporation in the private sector, and moreover, by an early career researcher such as myself. The feeling that I was doing something forbidden was compelling.”

“Around the same time, the trend of ‘connecting networks to each other’ was gaining steam around the world, and an agreement was reached to use ARPANET (Advanced Research Projects Agency NETwork) as a common protocol. The connections between networks in respective countries had begun. This is how the internet got started.”

What is the significance of the internet starting as a network connecting universities?

“There is no such thing as borders in academia. In other words, this network created for universities is essentially ‘borderless.’ This lack of borders became humanity’s greatest asset.”

“The internet represented the first time that connections between countries which circumvented governments became possible. Creating a ‘global space’ — this is the greatest role the Internet has played.”

According to Professor Murai, there was one more watershed moment in the development of the internet.

“This is the development of wireless. At the time, I did not think that wireless would come to be used for the internet to this extent. The internet and telephone have compatibility, but also different roots in terms of their agendas.

“We were able to make this a common foundation. I think it would be fair to say that creating a world in which you can equally use things both on your computer and on your smartphone was an epoch-making watershed.

“That is to say, wireless technology was developed for the sake of the internet, while wireless devices became internet enabled. With this, they could now be used on the go — And this also greatly changed the world.”

“There are times when I wonder whether I might not have made a tool that inadvertently hurts people.”

2019 marked the 50th anniversary of ARPANET and the 30th anniversary since the development of the World Wide Web (WWW). A lively panel discussion was held on the theme, “How should the future of the internet look?”

“The people who create technologies do so from the perspective of saying, ‘isn’t it interesting that such technology works?’ But within this, there are always bound to be things that make one wonder if this tool might inadvertently harm people.”
“During panel discussions, the question, ‘What is the most important consideration for the Internet?’ often came up. Panelists from the world over would answer “ethics” to this question.”

“But what is ‘ethics’? The Japanese translation of this word does not do it justice. Ethics is essentially the aim of good use/appropriate use deployed as an antonym to “bad use/improper use” (Ab-use). In other words, the essence of ethics here refers to ‘good or ethical uses of technology,’ which constitute a commitment not to use technology for bad purposes such as to attack people, or for purposes beyond that for which they were originally intended.

“Conversely, I think that the Internet would not have become popular unless it was in service of good uses. Even if you have made something, people will not use this if it is not ‘good.’ 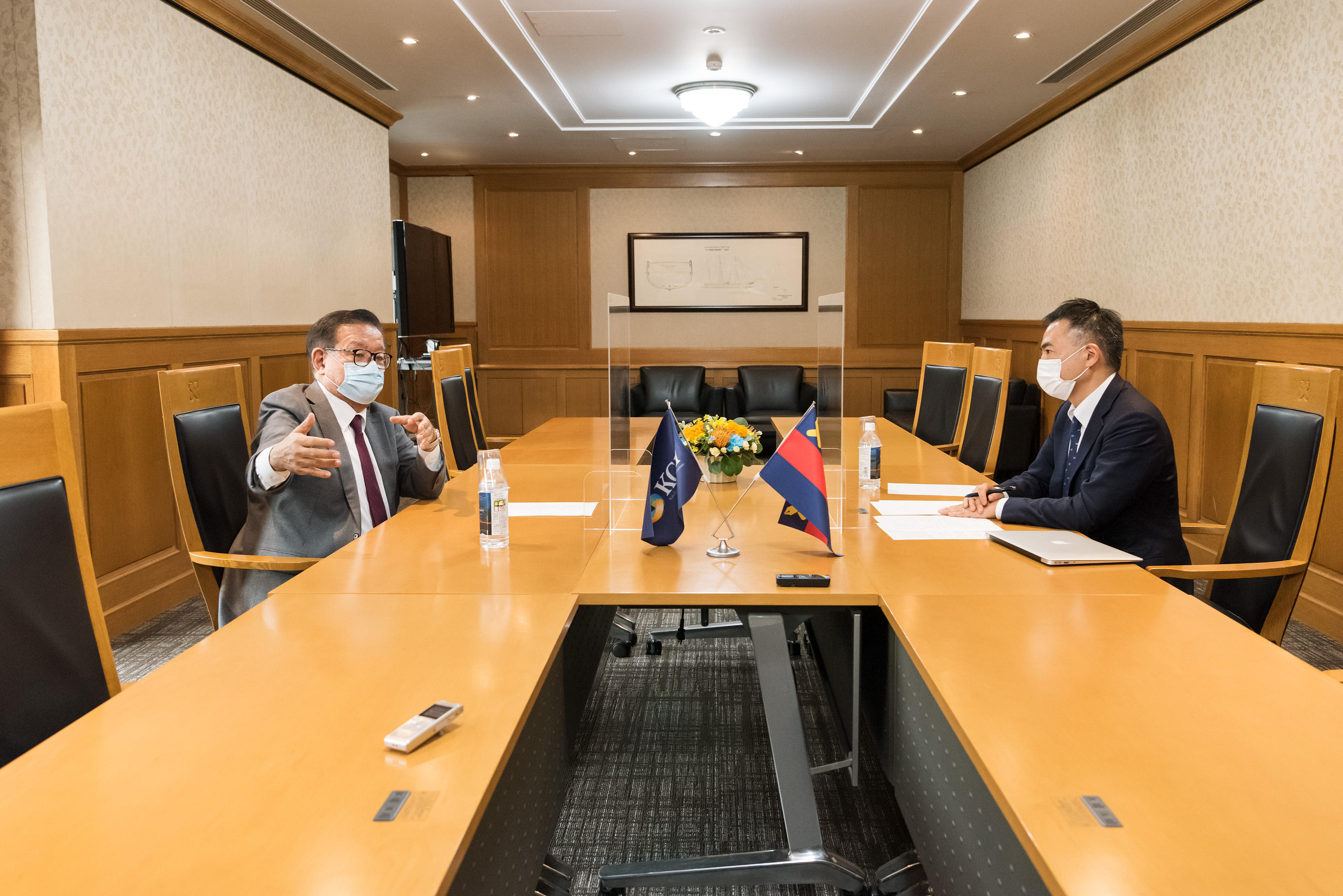 Professor Murai points out that the way the Internet is used in Japan has a high affinity with this notion of “ethical use.”

“How should we use the Internet for ethical purposes?” Japan already has a lot of experience in this area. For example, in the event of an earthquake or other natural disaster, we have been able to accomplish many things during the recovery process using the Internet. On a global level, the Internet is most often used for economic activities, including the deployment of personal information in marketing. In Japan, on the other hand, its use is frequently in contexts of helping to save lives.”

These alerts are issued by means of the general public taking pictures of the low-hanging black clouds that are responsible for these rainstorms, which cannot be detected by conventional radar, and sending these to Weathernews Inc., where they are analyzed by experts on clouds. This analysis is facilitated by a database made up of pictures taken by as many as 3 million people.

“It involves no small effort to take and send a photograph. Despite this, 3 million people were willing to go to the trouble to do so. This is something which I venture would be difficult in many countries other than Japan.

“Japan is a little different. There are incentives other than money. In the context of the good use of technologies, I would be so bold as to say that we are in an environment of which we can be rather proud.”

“This is why I feel that when we are creating for the future, we must take the initiative in showing the way forward in good uses of the internet”

Technology as the foundation for capturing dreams

“And there are also fears about AI; that it will somehow overpower us. However, fear of technology is due to how it is made. We must give scrupulous consideration from the perspective of ‘good use’ to what must be done to ensure that bad or improper use does not occur.

“We are now in an era in which elementary school students can make apps that are used by 2 million people. If you wish to solve a particular issue, create a particular kind of service, or realize a dream, it is now possible to do so even if you are not knowledgeable in the principles of computers or programming,” says Professor Murai.

“Digital technologies are somewhat like a platform to allow you to pick grapes that are out of reach. What matters here is what humans want to do and what they hope to reach out and grab, and I believe that the role of technology is to help with and serve as a foundation for this.”

“AI, AR, and VR technologies are being used in, for example, agriculture and the healthcare industry as one means to pass on the artisanal skills and refined crafts of human beings. It is now possible to convey these using 3D imaging.

“This kind of three-dimensional data will become more and more abundant in the world,” says Professor Murai.

“For example, there are currently no road navigation systems for strollers and wheelchairs. This is because GPS does not perceive heights. In order to create a high-precision 3D Map, it is necessary to report on foot traffic, and collect data by attaching sensors to baby carriages.

“In order to collect such information, it is important to properly maintain encryption and information security. This is because encryption technologies create a mechanism to use the internet in the peace of mind.”

Research being forwarded at Professor Murai’s laboratory on the quantum internet can be said to be a part of this.

In addition to the security field, Professor Murai says that what will become increasingly important is “Information and democracy.”

“At present, the advertising ecosystem is broken. In its original sense, advertising was associated with quality content and was intended as a tool to ensure such content became more widely known; however, we are now in an era in which advertisements for bad content, such as click adverts on the internet, are popping up everywhere.

“This is why fake news is made and the role of the media has been so deeply compromised. This is a big challenge. We must reinstate a system whereby good content has good sponsors. So, what can be done on infrastructure fronts such that reliable opinions gain trust and are given the support they need? I also have it in mind to take on such challenges.”

Message to the next generation

“In our current era, challenges cannot be resolved using a single skill set or scholarship field. Keio and KGRI find themselves in an era in which all faculties and fields are coming together to solve global issues,” says Professor Murai.

“Each individual person can work within their own delimited domain. I think that interdisciplinary does not mean having knowledge of all fields but instead refers to ‘being strong in one field, yet being able to comprehend other fields without prejudice.'”

“This is why I want to tell students and researchers to ‘Do what makes you happy.’ It is important to be absorbed in what you like without any restrictions. I also would like to tell them to make good friends while absorbed intently in this something that they like. I think that doing things you enjoy with good friends is a winning combination.” 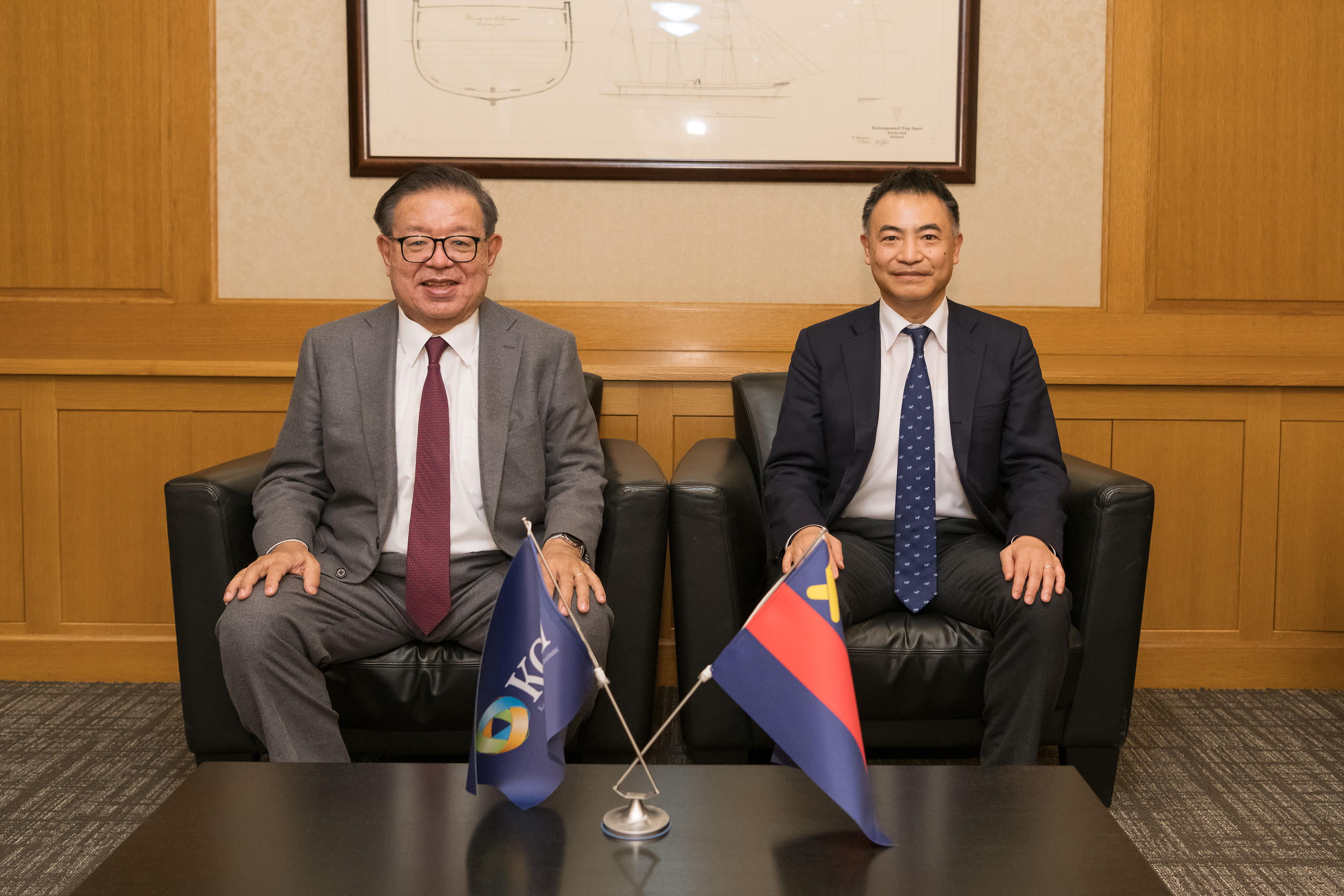 Interview on December 11, 2020
※Affiliations and positions are those at the time of the interview.