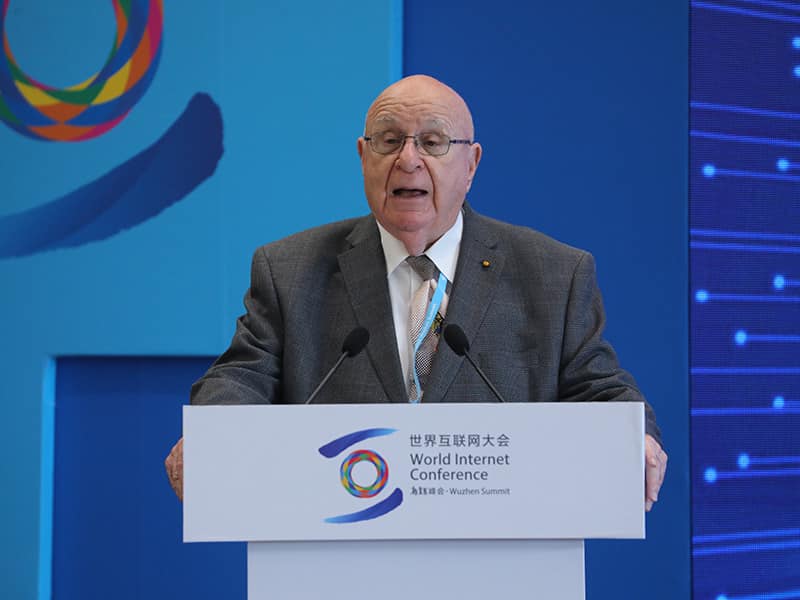 The annual forum, now in its 6th edition, brought together high-level policymakers, academics, and CEOs, COOS, CFOs, from across China, East Asia, and beyond. Professor Farber, in his second appearance at the forum, returned for three sessions in which he shared his experiences in building the Internet, his future vision on the Internet as well as the role, and necessity for think tanks in the debate on the future of Internet governance. Professor Farber started his first talk as part of the panel “For the future the next 50 years of the internet”. In this talk, Professor Farber outlined the history of the Internet, lessons that could be learned from this – in particular the need for adequate security – as well his vision on the future.

It was followed by his second talk, on day two, about the role and importance of correctly understanding the possibilities, pitfalls, and risks of quantum computing. In this brief lecture, Professor Farber reminded the audience about the development of the Internet itself and how the ad hoc development it could serve as a blueprint for avoiding similar issues in the further development of Quantum Computing.

Finally, on the last day of the conference, Professor Farber participated in a long high-level discussion together with Professor Murai about the role and importance of think tanks in the Internet governance debate. Professor Farber made a case for more significant and more sustained involvement of think tanks, as well academia, both in an independent role, in the discussion on the future of the Internet and the direction societies are heading in the information age.