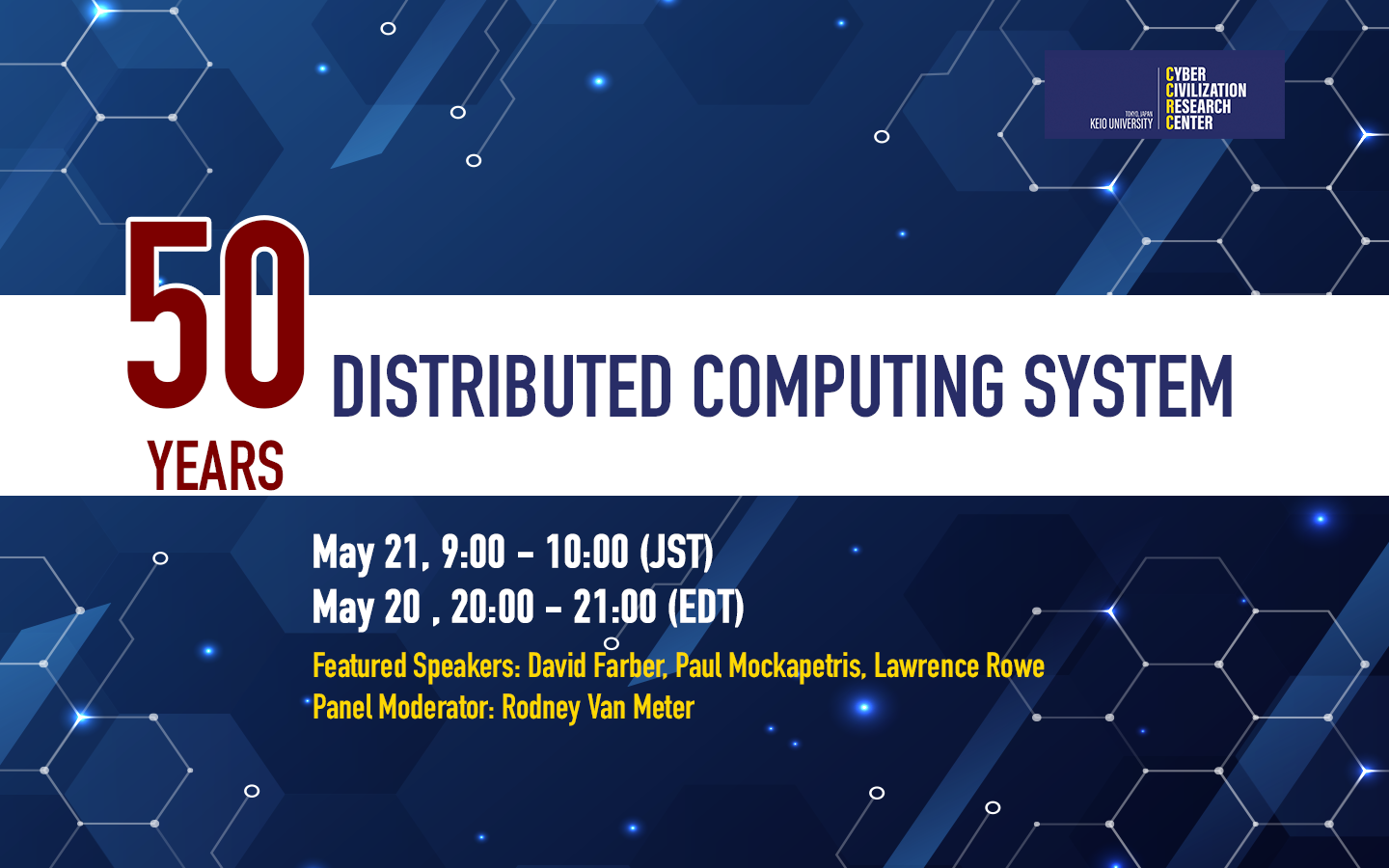 This year is the 50th anniversary of the Distributed Computing System or DCS, a novel architecture in the time of 1970s. It was initially led by Dr. David Farber and the pioneering researchers at the University of California Irvine, including Dr. Paul Mockapetris and Dr. Lawrence Rowe. The aim of the project was to replace the large expensive computers with a number of small minicomputers, allowing more efficient and cost-effective computing as well as realizing a fault-tolerance and reliable network architecture. The technology is still relevant today and led to the development of operating systems, networking, and cloud computing.

The first half of the talk explains the initial motivation (1970) and the consequence (1978) of the project. The second part is a panel discussion moderated by Dr. Rodney Van Meter. We focus on the implications of the DCS project and possibly highlight the prospects of distributed computing.

Click here to view the extract from the Business Week in July 1973
(Credit to Bloomberg Businessweek, and special thanks to Stevens Institute of Technology for sharing the copy)

Click here to view the past papers on DCS

Dr. David Farber
Dr. Farber is known for his major contributions in computer networking and has held esteemed positions at Carnegie-Mellon University and the University of Pennsylvania. He is currently a Distinguished Professor at Keio University and Co-Director of its Cyber Civilization Research Center. He is a Fellow of IEEE, ACM, and AAAS.

Dr. Paul Mockapetris
Dr. Mockapetris is known for his invention of the Domain Name System (DNS) and has been contributed to the evolution of the Internet both in research and industry. He served as a program manager for networking at ARPA and led several positions in networking start-ups. He received his Ph.D. in Information and Computer Science from the University of California, Irvine, in 1982. He is a Fellow of IEEE and ACM.

Dr. Rowe is an Emeritus Professor at Electrical Engineering and Computer Science, University of California, Berkeley. He has contributed to the development of streaming media software, as the founding director of Berkeley Multimedia Research Center (BMRC). He received his Ph.D. in Information and Computer Science from the University of California, Irvine, in 1976. He is a Fellow of ACM.